There’s a plethora of cost-effective Android devices in the market nowadays, and you might be lost whether to choose an Android notebook, Android nettop or Android smart phone or digital tablet for your IP surveillance. But no matter what you choose, viewing live CCTV video from your cameras is easy with Xeoma!
Read more about Xeoma IP surveillance on Android

The general tendency is that the smaller the device the less powerful yet more mobile it is. Let’s take a closer look at what types of Android devices the market has to offer. 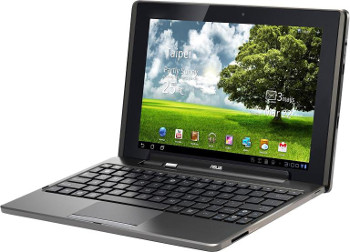 The main adversary of stationary desktop-based personal computers and nearly that powerful, Android notebook is considered the next best thing. However, as life gets more dynamic year to year and as technology finds yet new ways to make hardware parts smaller, the roles may well shift. The main difference is:

Mobility. Since PCs have more powerful (thus bigger) hardware parts they are heavier, hard to move and meant to be stationary. A typical Android notebook has less powerful (therefore, lighter) hardware and can be moved around, taken to other places and used on the go. An Android notebook can be as powerful as a desktop computer but as a rule that would mean higher cost for the same parameters because making hardware parts smaller still powerful is a special craft that require more resource spending. So if you travel a lot, consider opting for an Android notebook.

Power. Since stationary nature allows a personal computer to not mind the size, its hardware parts are usually big and powerful. Laptops however have to opt for lighter and more compact parts, thus giving up on power capacity – smaller discs capacity is used, graphics cards that require several coolers, etc. Which affects the overall performance in regards to functionality at the end of the day.

Size. This also goes to the screen size. The built-in screen in laptops is 17” at best which means less details are seen compared to, say, a 50” monitor of a PC station.

PCs are usually used for tasks requiring greater processor and graphics card capacities as in gaming, video and photo editing. If your tasks are less power-hungry, you can opt for an Android notebook or an even more mobile device.

An Android notebook can a good enough device for CCTV too depending on the tasks and conditions. Video surveillance can be classified either as a ‘heavy’ or an ‘easy’ task depending on the type of analytics performed, and number and nature of camera video streams processed.

Android netbook can easily be confused with digital laptops. As a rule, it is smaller and less powerful than a laptop. Smaller screen makes some documents and pages formatting go loose. On the plus side, Android netbook is lighter and can fit into an ordinary bag. 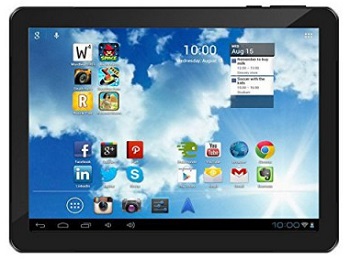 Digital tablet based on Android OS

Digital tablet based on Android OS is more of a bigger version of a smart phone than it is a smaller version of netbooks. First of all, operating system in digital tablet changes to mobile ones – Android, iOS, Windows Phone. Believe me, this is a substantial change in the way how programs are installed on this device, how screens are navigated between, and even how text is typed in! No physical mouse, no keyboard for you to help, just fingers and stylo. But look at what freedom of mobility it gives.

A digital tablet, usually with a 6” screen, can fit even into a jacket’s pocket while allowing all the everyday tasks one might need to do on the computer – email, Internet surfing, social media, taking photos, playing mobile games. Screen larger than a smart phones’ makes it more comfortable to watch videos and photos. 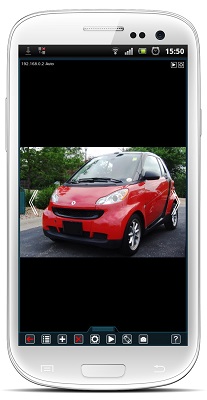 Well, you know what a smart phone is, don’t you? They’re everywhere. It started with the people’s desire to be able to call each other from any place and to be accessible on the go, too. Mobile phones were invented. As more functionality has been added, cellular phones evolved into smart phones, affordable pocket computers with specifications people 20 years ago couldn’t even dream of.

For example, Android smart phones help us stay in contact with clients, friends or family, surf the Internet, get to know latest news, work with documents, read and listen to music, all compactly packed into a 5”-screen device. Android smart phones can go on without recharges for several days that makes them a universal compromise tool for work and entertainment.

Smartphones in video surveillance are commonly used for quick notifications and situational awareness. These smart devices are always within reach, and if something important happens, a call, email or push notification will let you know about it – and let you log in to your CCTV to evaluate the triggering event. 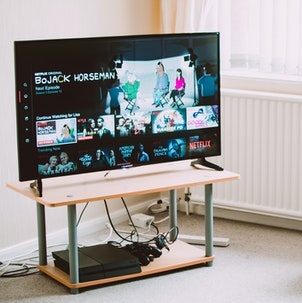 An Android TV is a smart TV set with an embedded Android OS that does more than regular television channels. Thanks to the Android OS inside, a Smart TV like that can also switch to streaming services, navigate to use external drives and open files (including media files) in them, receive and display broadcasts from other devices over a Wi-Fi network, and even allow you to play video games. Besides, smart TVs have access to a worldwide gallery of apps called Google Play so this is where you can get more apps from.

Nowadays all types of Android devices, including Android smart phones, can even become a standalone IP surveillance machine, core of your live CCTV video system for it’s not that resource hungry any more. With simple and free app for IP surveillance Xeoma you can use smart phone’s embedded cameras or network cameras for your security. Learn more about Xeoma