Starting with version 18.2.2, the 32-bit version of Xeoma for Windows now has support for cameras that work with the P2P technology with the AEeye server.

In simple terms, a P2P camera is an IP camera that, thanks to the software inside, can identify and receive remote connections using a unique number (ID number) without using a static fixed IP address or its substitutes (such as DDNS).

The secret for popularity of P2P-cameras is simple: they were designed to simplify the installation of the IP camera by the end user, even by a non-expert user with no network skills. According to statistics, the setup and connection of a P2P camera takes only about 10 minutes.

A bit of theory: the principle behind P2P cameras
When a P2P camera is connected to the Internet (via a router or 3G connection), the camera automatically sends a request to a remote server that identifies the camera by its unique ID number. To access the camera and view the video, the user needs to install a special application from the developer of the IP camera on their device (computer or mobile devices). In this application, the user enters the ID number of the camera (or scans the camera’s QR code to not enter the code manually), and as simply as that they can watch the video from the camera online, view the video archive from the SD card, control the PTZ device and use other functions. The server in this case acts as an intermediary connecting the IP camera and the user device directly. 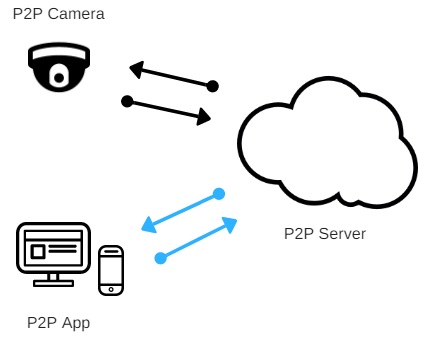 Quite frequently it turns out that seemingly different cameras are simply an OEM version of the same brand, only with a different name. The iOS/Android application usually remains the same though (since cloning of applications in the AppStore is difficult).

Cons of P2P cameras
Since P2P is a technology that works inside the same network, the owner of such a camera often gets tied up to the brand that owns the cloud server providing connectivity – usually a chinese one with all that it brings.

The P2P connection will not work in third-party programs, no matter how rich in features they might be, unless the program is integrated with a particular camera line (in fact – more like with a particular cloud server that connects the camera to the application). So to expand the functionality of cameras by using them in other, better and more powerful programs, only programs that support the work with this Chinese cloud server should be used.

Sometimes you have to give up P2P connectivity in favor of using the cameras with more functional software (often P2P cameras can also work as simple IP cameras by specifying URL streams), but it’s worth noting that remote connection without P2P entails agony with a static fixed IP address.

P2P connection in Xeoma
Fortunately, now the program for video surveillance Xeoma, in its version for Windows 32 bit, works with the P2P-server AEeye. P2P-connection of cameras working through this server will work in Xeoma.

The scheme of work is simple: Xeoma replaces the camera application: 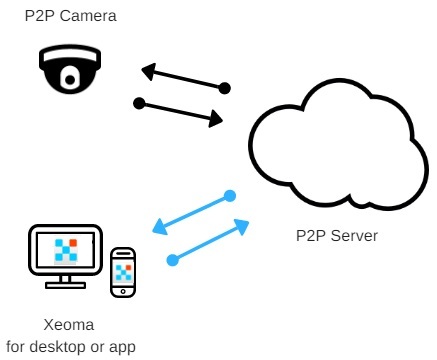 In the 32-bit version of the Xeoma for Windows add the “Universal Camera” module and select “P2P Camera” in the “Device Type” drop-down menu: 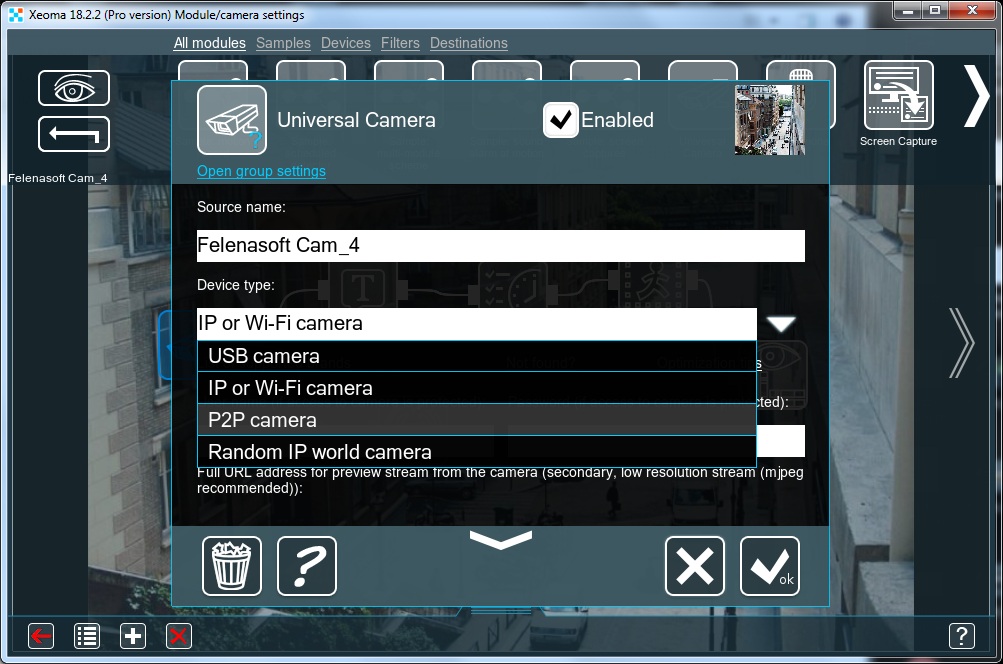 Next, specify the camera ID, login and password for the P2P connection: 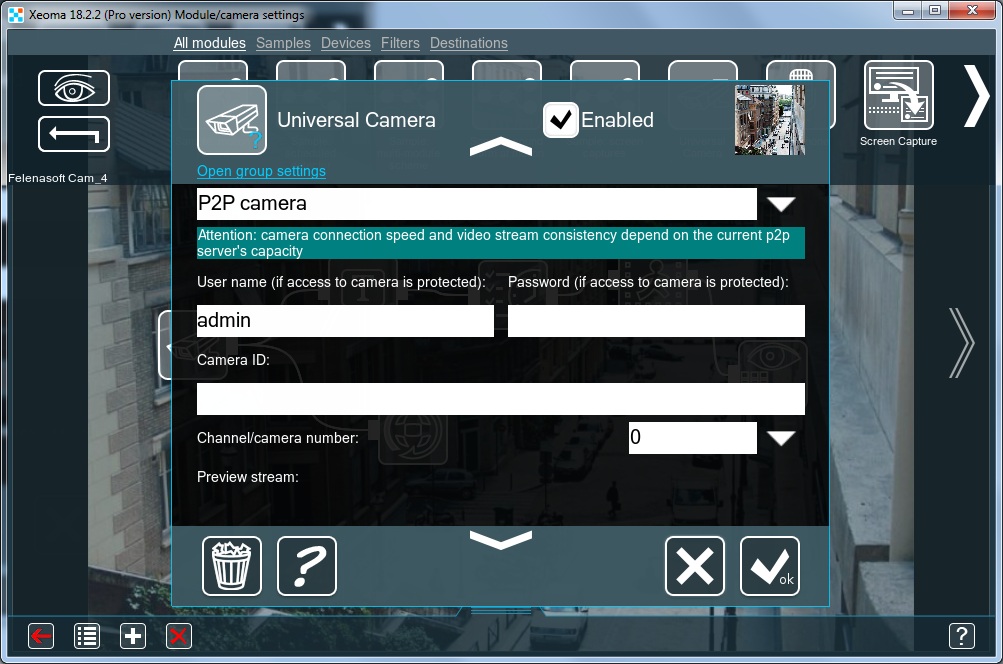 Select the streams for the Main window and for writing to the archive.
Please note: the stability and quality of the video stream is directly dependent on the workload of the P2P server through which the camera is operating. Unfortunately, we can not influence it.