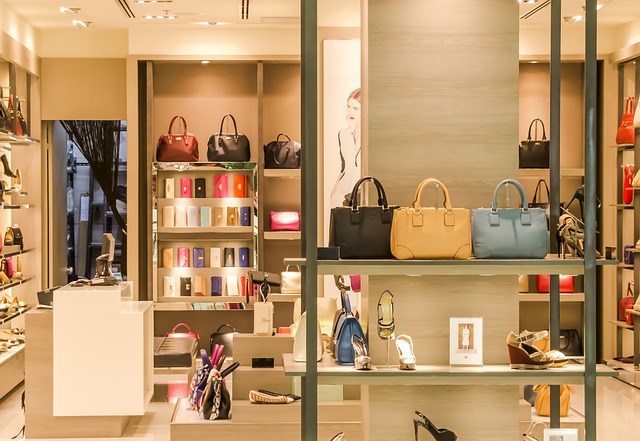 Video surveillance is one of the most dynamic parts of modern technology, its rate of development is almost unrivaled. A particularly fresh branch of this science is video analytics, or Video Content Analysis (VCA). Its functions are impressively vast, including dynamic masking, smoke detection, motion detection, face recognition and Automatic Number Plate Recognition. Finally, there is also object detection. The name seems somewhat vague, yet this is necessary to foreground its multipurposeness. This enables the cameras to distinguish anything which is not just a part of the background (a menial task for the human eye, true, but quite a challenge for the video system). Most of the parts of video surveillance are judged solely by their usefulness, so as to make sure that no impractical feature is ever implemented. Statistics show that about 75% of cases the police handle involve CCTV and VCA. How’s that for practical?

Now let us look a little closer at Xeoma’s own “Object Detector”. 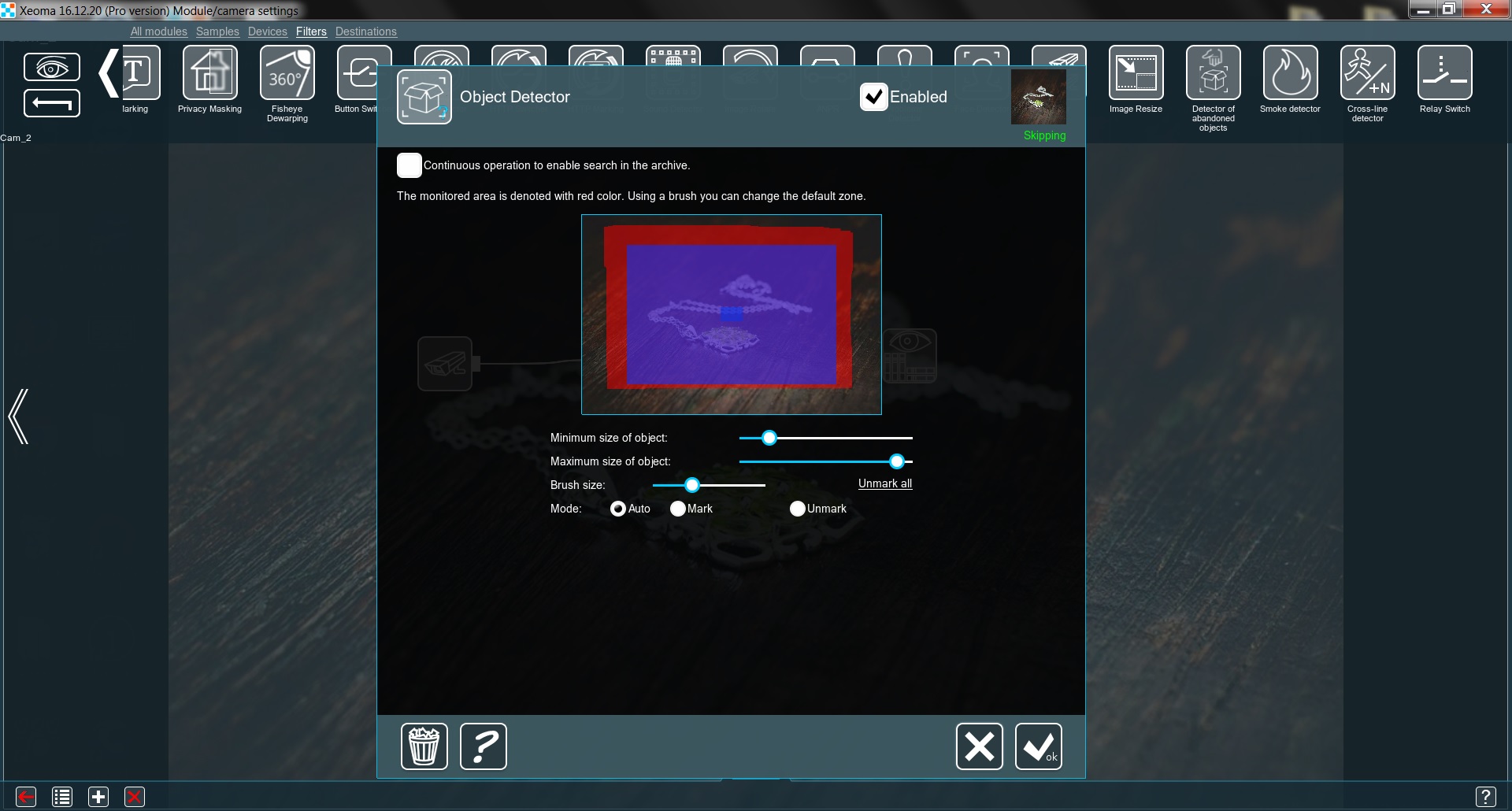 *In Xeoma version 20.10.13 and higher the green Skipping/yellow Not Skipping inscription is replaced with green Triggered/yellow Not triggered.

The main principle behind this module is very simple: as long as it detects an object – it will skip the video to the next module in the chain. When there is no object on screen – the detector won’t skip anything. The devil, as usual, is in the details. To make sure that the “Object Detector” pays attention only to the objects you need, it requires some fine-tuning. First and foremost, you need to determine the size of the object(s). The sliders Minimum size of object and Maximum size of object will help you with that. Now mark the area containing the object(s) with a brush. To facilitate the whole process, just put the desirable object(s) somewhere where the video system can see them and fiddle with both sliders until the module consistently shows Skipping in the top right corner. Then let a person pass between the camera and the object(s). Did the Skipping sign turn into Not skipping during that? If so, then everything is set correctly. If not – try raising the Maximum size of object.

Now, how can we apply this? As previously has been mentioned, the vague name of this feature covers an impressive range of possibilities. Let’s take a few examples.

Store. How does one measure the popularity of a given item in a shop? The obvious answer is “by how often customers buy it”. But this would be a rather superficial, one-sided analysis. A more complete answer is “by how often it catches somebody’s eye”. This is where the “Object Detector” works its magic. Set the camera to view the item in question, make a simple chain of “Universal camera” – “Object Detector” – “Preview and Archive”. Now, in a few days, you can look at the Archive and check the gaps in the recording – these are periods when a customer took the item from its place for a closer look. The more of those – the better.

Warehouse. Let’s say you have an item stored you don’t want moved or touched. Naturally, you want to make sure that the workers attending the warehouse follow this rule. Set the camera to view the item in question, make a simple chain of “Universal camera” – “Object Detector” – “Preview and Archive”. Now, if the archive is incomplete – you know exactly when the item was moved.

Office. Need a certain passage or corridor to be free and non-congested? Set a camera to observe the floor of the corridor, make a chain “Universal camera” – “Object Detector” – “SMS Sending”. The detector should have medium Minimum size of object and the highest Maximum size of object. This way, every time somebody leaves or drops something bigger than, e.g. a phone, you will be notified right away.

These are but a few examples of what object detection is capable of, teamed up with a decent video system and a flexible mind. VCA grows rapidly and Xeoma never falls behind.