There is no one fundamental understanding of the phrase “People Tracking” in the world of video surveillance. Most of the time, the definition and form of people tracking depends on what goal is pursued.
Sometimes it’s automated count of employees’ work hours, sometimes it’s a way to quickly get an idea what path a person in the camera’s view took before they arrive at the point they were detected in. Sometimes it’s counting of guests for analysis of an HoReCa establishment popularity.

These all meanings are unified by a simple fact: whatever you mean by “people tracking”, Xeoma does have it.

If you have a business that customers can visit, you probably wondered how popular it is. You can judge that by the revenue you get at the end of the day, month or year, or you can use the latest video surveillance technologies to have a visitors counter.

Xeoma video surveillance software has several types of visitors counting that differ on what they can do. Read more about them below.

Usually used in entrances or exits of a facility or an establishment but can really be used anywhere, in places that don’t even resemble passages. For example, in home use – in driveway, to check that no one steps on the lawn, etc.

Simple Visitors Counter (available in Xeoma Standard edition) is based on the principle that you need to draw a line using the regular paint brush we use to select a zone to detect motion in.
Basically, the module is looking for motion inside that line and every motion episode in that line is added to the counter.
It is a cheaper option but if you draw a line too thick there might be false detection – for example if a person is standing right on that line but doesn’t cross it.

For advanced visitors counting Cross-line detector is an advanced version of Visitors Counter. The line is dragged with special markers marking its start and end, and most importantly with a triangle indication the direction of movement that will be looked for. Click on it to chnage the moion direction that will be monitored for.
Since the line is of another type, not more than a few pixels wide, it eliminated false alarms like standing still on the line.
Moreover, the direction detection will help you count entering and exiting the area separately.
It can be used not just with people, but with different objects too (vehicles, for example) 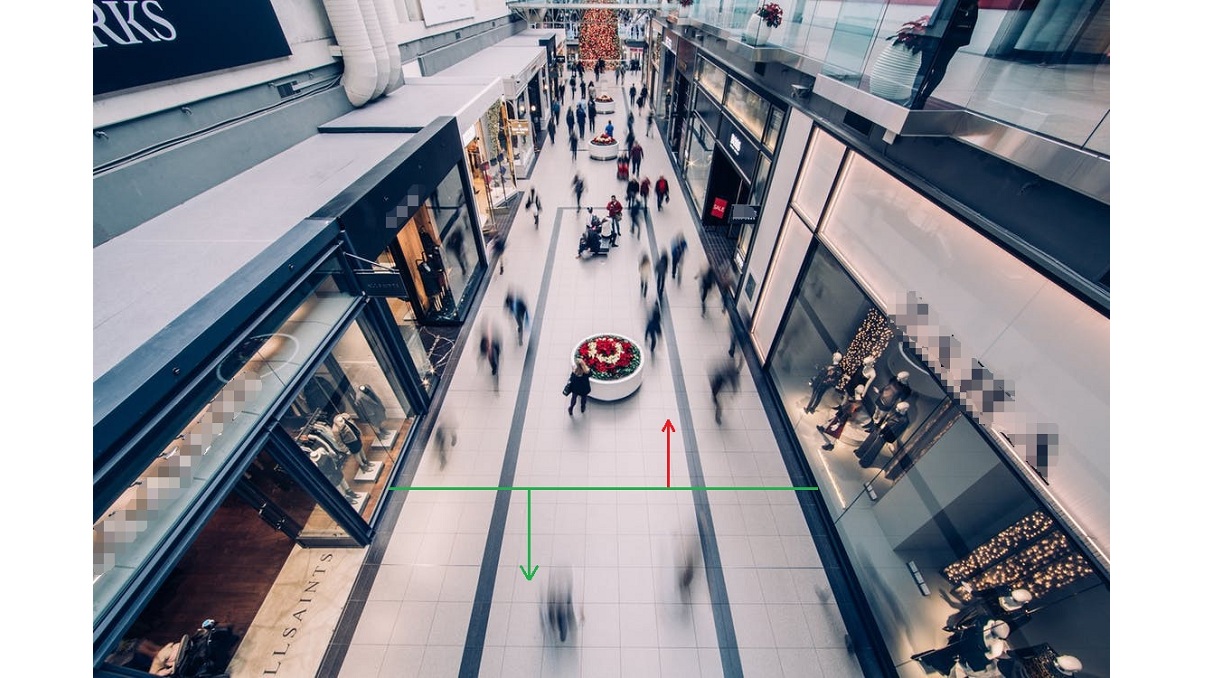 Sometimes by “people tracking” our clients mean that they want to see where a person detected by cameras came from.
Xeoma software has two options for you here: color representation of a moving object and its path of movement, or show of all cameras that the object was “seen” in.

Here’s more about them:

B) The second option is motion tracking to make green dots show the path that the object “traveled”. You can turn in on in Layouts menu -> Visualization settings -> Turn on movement track visualization. You will see a series of green dots as a tail after the moving object. It will only work for cameras that have working Motion Detector modules in their chains. 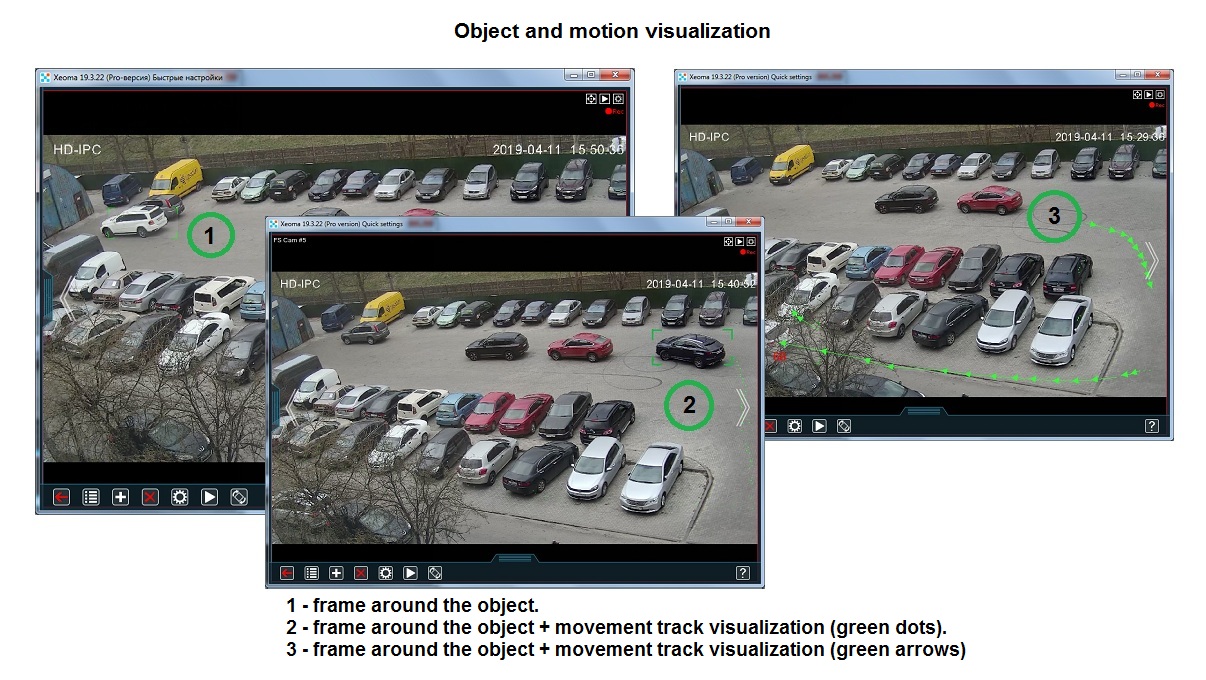 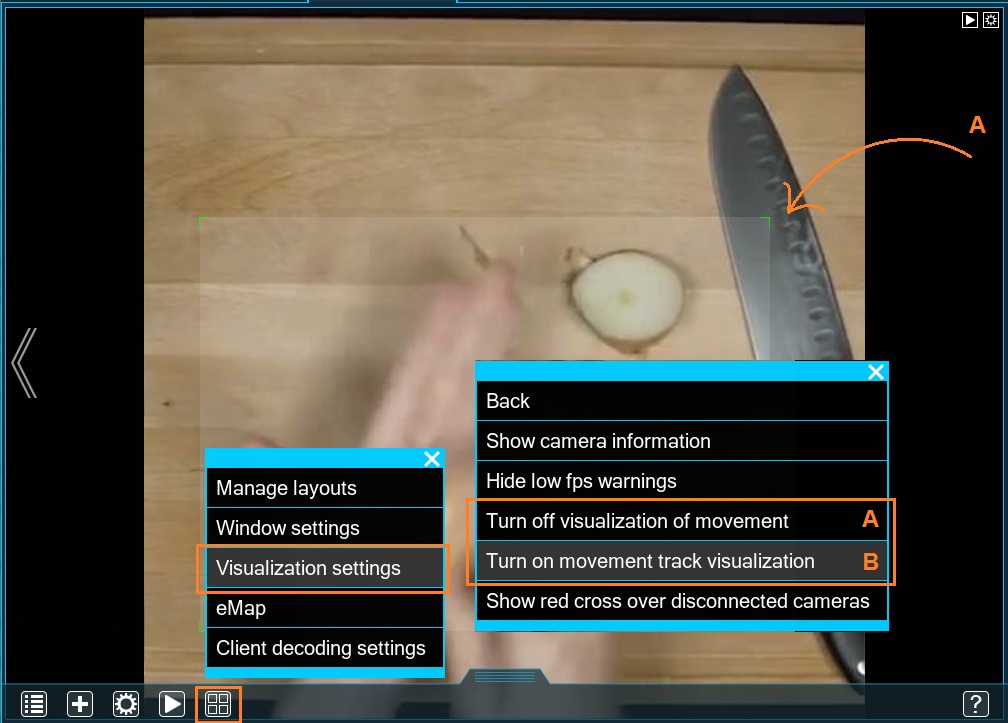 Movement route (path) across several cameras
In this context ‘visualization’ is acknowledged as general show of events. So if you want to get an idea how a person moved through several areas with cameras, you can take advantage of our Layouts possibilities.

All cameras that detected a moving object can be displayed in the “Show only active cameras” tab: 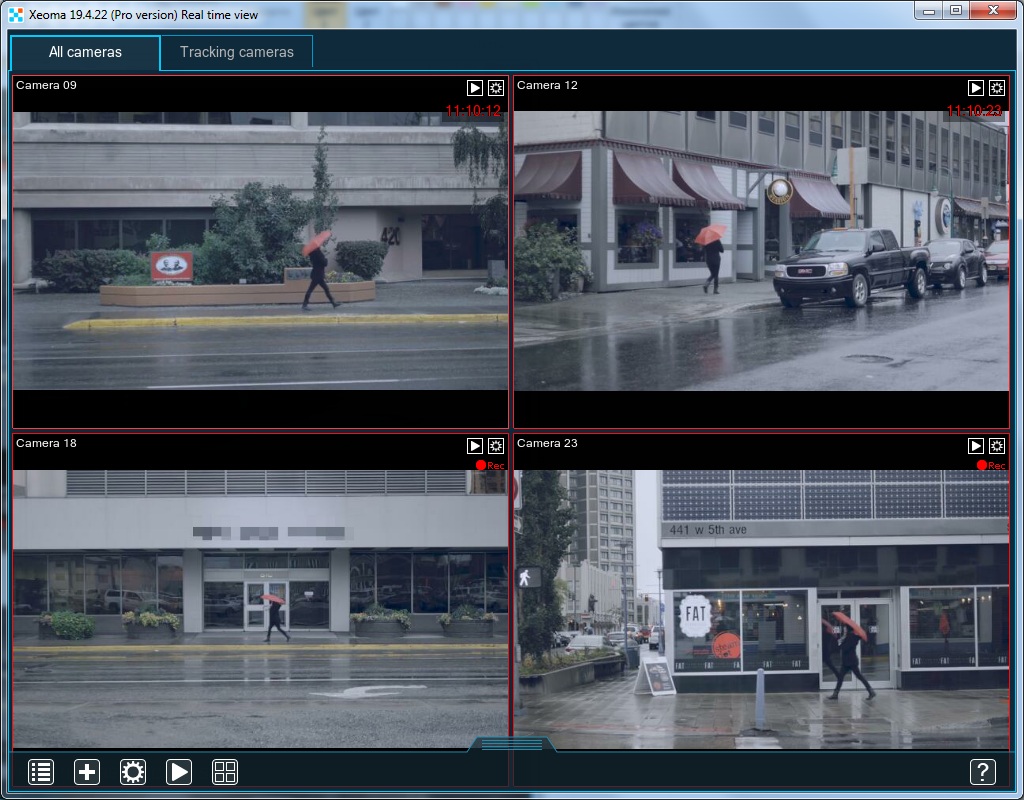 Setup of such system takes a few steps described here
Please give it a try to see if this is the people tracking you were looking for.

Sometimes for people tracking you need to know when not just any people, but the same person went in and went out. For such installations, where the person’s identity matters too, Xeoma’s Face Recognition will be just what you need.

Xeoma offers two Face Recognition options depending on the required successful recognition rate. Read more about them, their use and their setup in this article

Xeoma video surveillance software’s Face Recognition has the ability to count number of faces in the camera’s vision field, for example

Use the Face Recognition module to establish that moving objects are people. Then select how many people in camera view should be considered a crowd. You will get notifications, or records when that number is reached.
Can work in reverse – for detection of when there are too few workers in camera’s view. 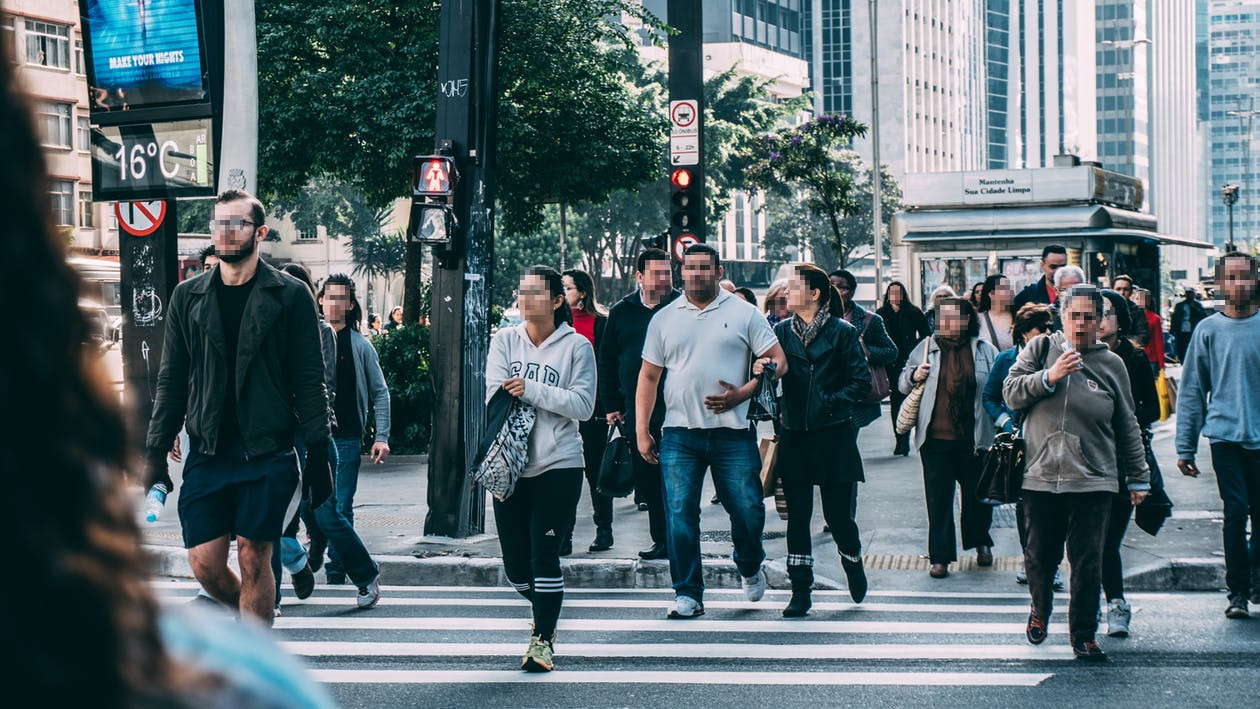 Sometimes the people tracking task is really a tracking of their work time: when you need to gather data when they come to work and leave for home. Automation of work processes is valued as never – and this is also a task that video surveillance can help solve.

Xeoma offers several ways you can do this:

QR Code Recognition – this is a module that can decypher QR codes in a camera’s field of vision. Usually, it is used in combination with the Face ID module to have a double authentication (comparison of face in camera to face registered in a database for this QR code wearer), but can be used by itself too. When you use the QR code recognition module, a person should show a card (even a simple printout will do) with their QR code to camera when they arrive at work or go home (or for breaks, too). The module can store information to a spreadsheet file that you can use to build diagrams or update database of work time by an employee.

Smart Card Reader is similar to QR code recognition – it also reads an access card and stores information to a report spreadsheet file. The difference is that the card is not just a piece of paper but a card with a chip where information about the worker is kept. Reading such card is done not by camera but by a special device – an Omnikey card reader. Person must insert the card into the reader, Xeoma will get information about this person and write it down to a file. This file can be used to get diagrams on work time and needed visual representation done by third-party programs.

And of course, Face Recognition can be used for tracking work time too. When a worker arrives, their face is recorded on tape and into the spreadsheet file. When they leave, it happens again. The difference is calculated by third-party scripts to be the work time.
You will most likely need two cameras for this task: one facing entrance, another facing exit.
Read more about Face Recognition here. 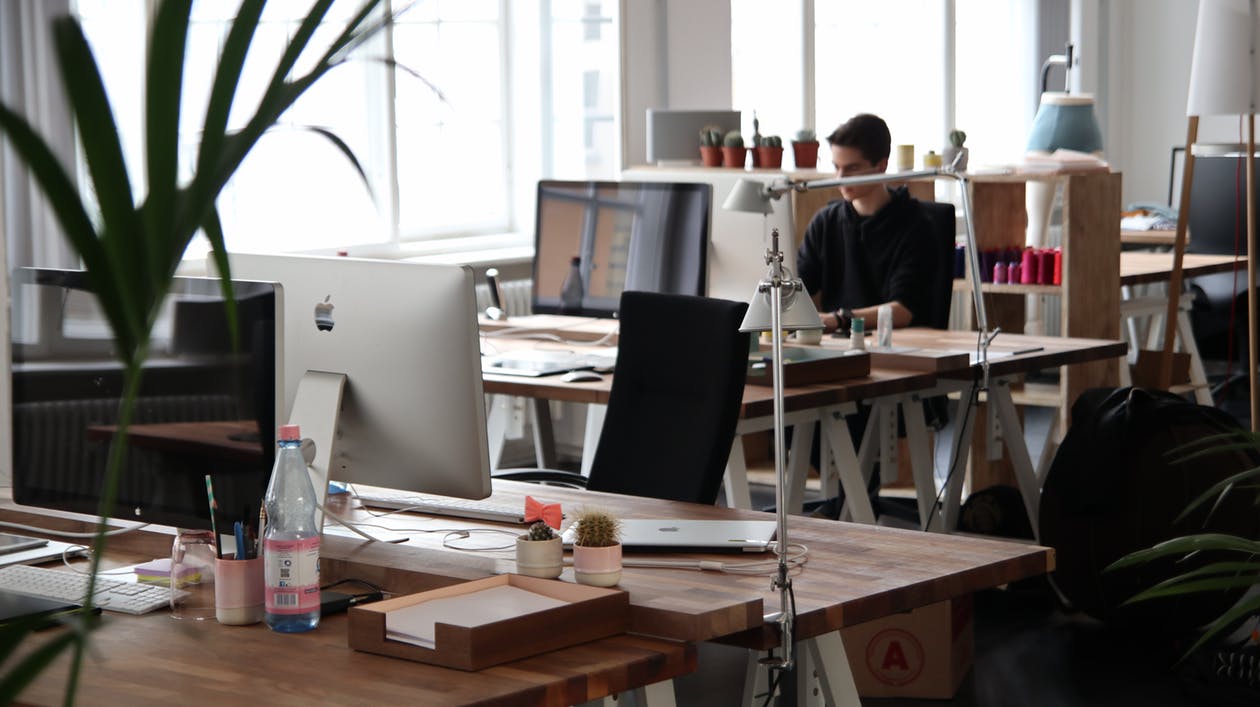