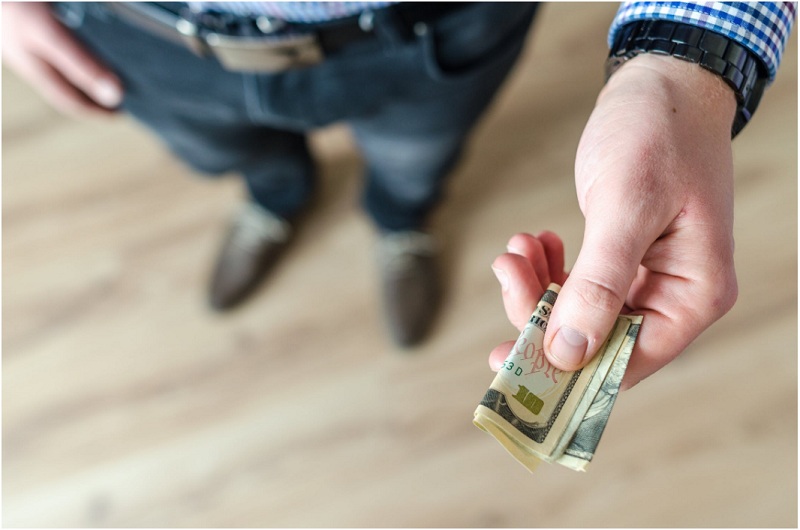 Tip #1: Get video surveillance.
Money has different influence on people. Those who have it strive to at the very least not lose it, and to get more whenever possible. Those who don’t, are allured to get some. All this combined form several tasks for financial organizations that can make or break their business.

One such task is providing security, an integral part of any financial institution – for example, a currency exchange booth or office. All things finance cause insecurity – and quite often even fear – in many people. Thus provision of a feeling of safety is a core front-end strategy for a business that deals with money and wants to succeed.

Another side to the matter is that having a video surveillance security system in a currency exchange booth can ultimately deter crimes that money seem to attract like fire attracts fireflies, thus affecting the back-end side of the business.

Tip #2: Get it loud.
Let the potential lawbreaker know your money converter point is not an easy nut to crack. Get special “Under video surveillance” stickers in places where they will surely be noticed. Crime prevention works best when it’s plain and seen from afar.

Tip #3: Get it even louder.
“Under surveillance” stickers are good but if your currency exchange shop is extremely enticing, an evil-doer might go further and check lest it be just a sticker and nothing behind it. Make cameras (at least some of them) visible in plain sight to prove them they should change their mind and take their “business” elsewhere.

Tip #4: Plan ahead of even bad scenarios.
Naturally, the very best scenario is that the video surveillance system would keep criminals away from your currency exchange booth. But what if they are still daredevil enough to take a chance at it? Luckily, ability for post-incident investigation is also a part of video surveillance systems. Having video footage of offenders will help get the criminal’s distinctive marks, aid in finding them, and then provide evidence that the crime was committed by no one else than this person.

That’s why it’s important to plan ahead of where to put cameras in case you might later need the best shot of a crook. It’d be best if the camera can face the visitors right in the face, or at least as close as possible.

Tip #5: Have a plan B.
If you did a good job notifying potential robbers that video surveillance is engaged, but they still decide they want to try their luck in your exchange booth, they will probably go for the cameras first of all. It might be a good idea to have several hidden cameras too (if your local laws allow for that), and think about off-site footage storage. Luckily, modern video surveillance systems offer Cloud storage under easy and affordable conditions.

Tip #6: Room for growth.
Although it takes as little as an IP camera to formally start a video surveillance system, it might be a good idea to choose a solution that provides more benefits: stable work, ongoing customer care, and perpetual development by adding more features. Scam schemes advance, and so does the counter-scam technology. It’s great if your video surveillance solution can keep up with the progress. Xeoma video surveillance software is exactly such a solution.

—
These simple yet effective tips will help you organize the best video surveillance system in a currency exchange booth of virtually any type to prevent or investigate crimes, as well as increase profits of your currency exchange business.