How to make a wireless video surveillance system 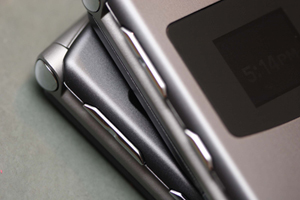 As technology progresses, a number of computing tools (like cell phones, mobile devices, and other communications devices) are becoming wireless. Wireless video surveillance technology has proved that it will not only save time and money, but can help perform more efficiently.

Generally, wireless connection is used when a wired solution is impractical or cost-prohibitive or you need the mobility only wireless can offer.

The most common applications for wireless video surveillance systems include:

i.e. same as traditional wired surveillance, only with increased mobility and flexibility.

Installing any video surveillance system, including wireless, requires some basic common skills. It may be a good idea to know the basics of wireless cameras and digital video recording systems before you start. You can do it yourself, or you can hire someone to do it for you. We suggest you to follow these instructions to make a do-it-yourself wireless video surveillance system. Since you don’t have to run cables, you should be able to install the system with some basic tools in a day.

From words to actions!

The first thing in creating a wireless video surveillance system is to select the cameras and their locations. The latter should provide the maximum coverage over the desirable area.

As may be well expected, any extra features of the cams add to the cost.

You can go back later to adjust the position or lens.

It may well be the hardest or the easiest part – establishing wireless connection. You will need to set up

The next step is to decide where you will put your monitoring/recording equipment. You need to find an office or area to set it up at your convenience. With the right receiving side, mainly depending on software, you can hook unlimited number of cameras and use unlimited possibilities of video surveillance.

Make sure the batteries in the transmitters of the cameras are fresh, you did not exceed the recommended distance from the camera transmitter to the receiver, or the receivers are plugged in and powered, correctly to what you intend to use to record.

Once you get your video feed, you can go back and adjust each camera if needed. It is also a good idea to record 5-10 minutes, then stop the recording and review the video with the software. Then try experimenting with other opportunities provided by software – like FTP server upload, text message notification – and see if it works. Make sure everything is working before you fully rely on your wireless video surveillance system.

What are the advantages and disadvantages to implementing a wireless video surveillance system? Here are some points to give you the insight into the reasons why a wireless solution can be such a powerful tool, and at the same time, some potential pitfalls that you should avoid.

Some of the many pros include:

Some of the potential cons include:

Wireless IP networks are becoming the most popular, cost-efficient, time-saving video surveillance option on the market for personal and business safety.