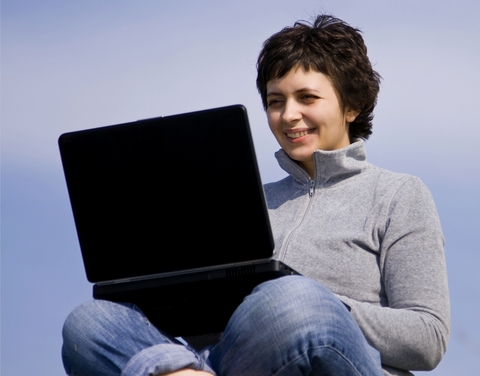 CCTV and video surveillance market has been grown meaningly over the past several years. And even though some experts assume that the industry is currently experiencing tough times, especially in Europe, most state that the security industry is in fact growing above the GDP average growth.

Upon studying some esteemed and experienced industry experts’ (such as IHS) white papers on the key CCTV trends of 2014, we are ready to present our compelled version, based also on our own company experience.

According to the IHS latest report, the global CCTV market will grow by more than 12%. The dome and 180/360 degrees cameras are expected to be the best selling products on the security market and the IP cameras prevalence is to gain in momentum (even though that analog cameras will, to all appearance, still dominate till 2017 or so). Also some sources say 2014 might be a tipping point of CCTV industry…so the main trends are:

1. Cameras are to HIT the market and procure the better view

Thermal cameras market will, apparently, experience the biggest growth in the field during the next couple of years. This market has not been well established yet, but the practice and the activities of the last year allow supposing that 2014 will become kind of a breakthrough year for the product.

Panoramic cameras perspectives are also quite promising and the sales have lately been growing drastically. This type of security cameras is especially interesting for those who need to monitor wide areas like airports, casinos and so on. Therefore a question of developing video analytics comes up.

It is not enough just to record information. Endless footage might be of no help when it comes to some urgent investigations that need the facts to be revealed immediately. We all know that, and so do the security cameras manufacturers and CCTV software developers.

Many security brands produce cameras with embedded video analytics features. Nevertheless, they are usually not good or powerful enough. That’s why security professionals often opt for some off-site video surveillance software which is smart enough to record when there is something to be recorded only (motion detection, for instance). Also video analytics comes in handy for the road cameras; face recognition feature is often used by security in casinos, airports and etc.

Further and deeper development of video analytics is definitely a trend of 2014.

That is, for certain, one of the most bright and evident CCTV trends in 2014! The reason for its development was quite sad though: we all remember last year’s Boston Marathon bombings and that was the first time the police used the evidents’ data taken from their smart phones.

It is now crystal clear that this kind of cooperation along with social media sources analytics is quite powerful and effective. Taking into consideration the huge popularity of various social media web sites and applications it is 100% a new CCTV trend, not only in 2014.

Video Surveillance as a Service (VSaaS) is one of the main trends of this industry.

According to analytics opinion, world VSaaS market in 2014 will pass the $ 1 billion mark. Many customers, from small businesses to big government enterprises, express interest in VSaaS.

In typical VSaaS working model video from cameras goes to your ISP server. One of the main attractions of VSaaS is data safety.

One of the main VSaaS problems nowadays is a small bandwidth of communication channels outside the local network. To solve this, Xeoma uses intelligent filtering (motion detectors / schedule / day and night detector), which reduces the amount of data transmitted and the channel load. We offer you our unique VSaaS solution.

5. Audio capability of the security cameras

As more than 70% of all the cameras shipped worldwide last year (according to IHS last report) have audio capability of any kind, and more and more customers of CCTV systems request it, this direction is also much of a 2014 CCTV trend.

6. IP and megapixel cameras to take a greater share in the market

Well-know trend of IP cameras aiming to gradually replace analog ones is still relevant. The only constraint of IP cameras total expansion is their price, but it is going down and we can expect the further growth of IP cameras popularity.

The tendency of choosing hi-end HD quality megapixel cameras still exists, but having such camera does not guarantee a better quality of the footage. All the equipment should comply with them. And it surely leads to more expenses. Also the size of such cameras tends to increase. So this trend is more specific, only applying to the certain situations, such as video surveillance in casinos where the quality of the footage should be just perfect.

This has been a trend last year and, surely, remains quite relevant in 2014 as well. Most of the clients need to have a fast and easy access to their CCTV systems and the data anytime from anywhere, so developing mobile video surveillance applications for tablets and smart phones is the number one priority for the security software developers in 2014.

The new codec is most likely to replace its predecessor – H.264 – in the average price category cameras segment. Hi-end cameras, nevertheless, will surely stick to MJPEG.

In the era of smart yet rather simple devices it is extremely important to pay attention to development of software of a new format: not only powerful and full of features, but at the same time simple enough for the end-users. The interface is important and with such tendency the future is after the software that makes video surveillance as simple as taking and editing pictures with our smart phones.

Xeoma video surveillance software meets most of 2014 CCTV trends requirements and is constantly developing, as the company is always keeping in touch with its users and is aiming to suffice their requests and expectations. After more than 2 years of existence and constant progress Xeoma became the choice of thousands security professionals worldwide, but also is simple and easy enough for amateurs.

You can download and try Xeoma for free today.

This was our digest of the brightest CCTV trends for 2014. Let this new year bring you lots of happiness and success, not matter if you are into CCTV or not. Make success the main trend for 2014!