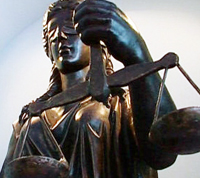 Surveillance laws dealing with video surveillance issues both in public and in private sector vary depending on country and state in question. There can be no real guide that will answer the question of legality of video surveillance application once and for the entire world. But we will give you some key points to remember.

Recording audio is often regulated separately from video surveillance. It is almost always illegal to record someone’s conversations without their permission. Fortunately, Xeoma software has audio and video sources modules separated in case your local surveillance laws only allow video but not audio recording.

In almost every country carrying out surveillance is allowed where it cannot be considered invasion of privacy and is prohibited in areas with certain privacy expectation – like bathrooms or bedrooms. For more details about what are these areas limited to you should consult with local surveillance laws.

Private life: if you want to install cams to monitor your property, it is the easiest application still it may also cause problems. You have the right to deploy any kind of surveillance in your property that is not against surveillance laws. As a rule surveillance Basically, covert surveillance is ok on your territory with the consent of home staff (like caregivers, maids, etc.).

Business: Business is considered more public than private life in the first place. But again, covert monitoring without permission or notice is against laws in many cases (like when it can be considered invasion of privacy).

Basically, you will need to consult with the local authorities and laws before installing the system to avoid any surveillance issues and inconveniences.