7 years after releasing the first Raspberry Pi board, the Raspberry company has begun sales of a new Raspberry Pi 4 model B single-board computer with modifications that make it the most popular “PC-like” micro computer. In a way, it sticks to teh traditional $35 price tag while keeping the features we all love RPIs for: easy and vast interfacing and “hackability” as the producer calls it. 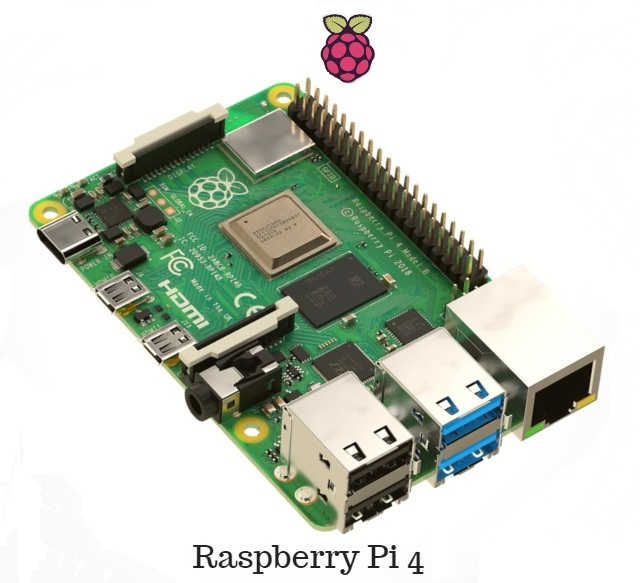 Let’s take a look at the new Raspberry Pi 4B board’s specifications and changes:

As you can see the cost is $35/$45/$55 depending on your memory choice. Flat rate excludes taxes, import/export charges, shipping, etc.

Due to the changes, additionally you will need to buy:
* Although the dimensions of the SBC stayed the same, some ports were changed or moved hence the need for a new case – or an old one can be somewhat modified.
* USB-C power supply type-C / adapter from USB micro-B to USB-C
* HDMI to HDMI-micro cable (as monitors are usually HDMI).

By the way, there will be no “A” variation of the RPi4 as it won’t likely be much cheaper than the $35 entry-level unit. But the manufacturer promises to keep looking.

Video surveillance on Raspberry Pi 4 board model B
Previous model Raspberry Pi 3B+ has been successfully used in video surveillance systems with up to 11 HD cameras for basic functionality like motion-triggered recording.
For better performance with intellectual modules like license plate recognition we’ve been recommending 2 HD cameras per device.

Now that the performance is increased up to 4 times, and the Gigabit Ethernet has gained a dedicated chip so that using USB ports doesn’t avalanche its bandwidth, you can get a powerful solution of video surveillance on Raspberry Pi 4 board – even for usually CPU-intensive Artificial-Intelligence tasks like Face, Emotions, License Plates, or Object Recognition.
Write/read speed is said to be increased several times which is also good news for video surveillance systems.

If you’re using another operating system and it is 64-bit, you are advised to go for Xeoma for ARMv8, 64-bit (version 19.4.22 or other, whatever you choose).

Whatever OS you choose, Raspberry Pi 4B is anticipated to be on the curve of demand for several years to come. It’s powerful, mobile, costs low, and has a great range of supported apps and external devices. It is good for home use, robotics, and video surveillance.

Read also:
Raspberry computer as one of the best microcomputers for video surveillance based on Raspberry Pi board
Choosing a microcomputer for CCTV software